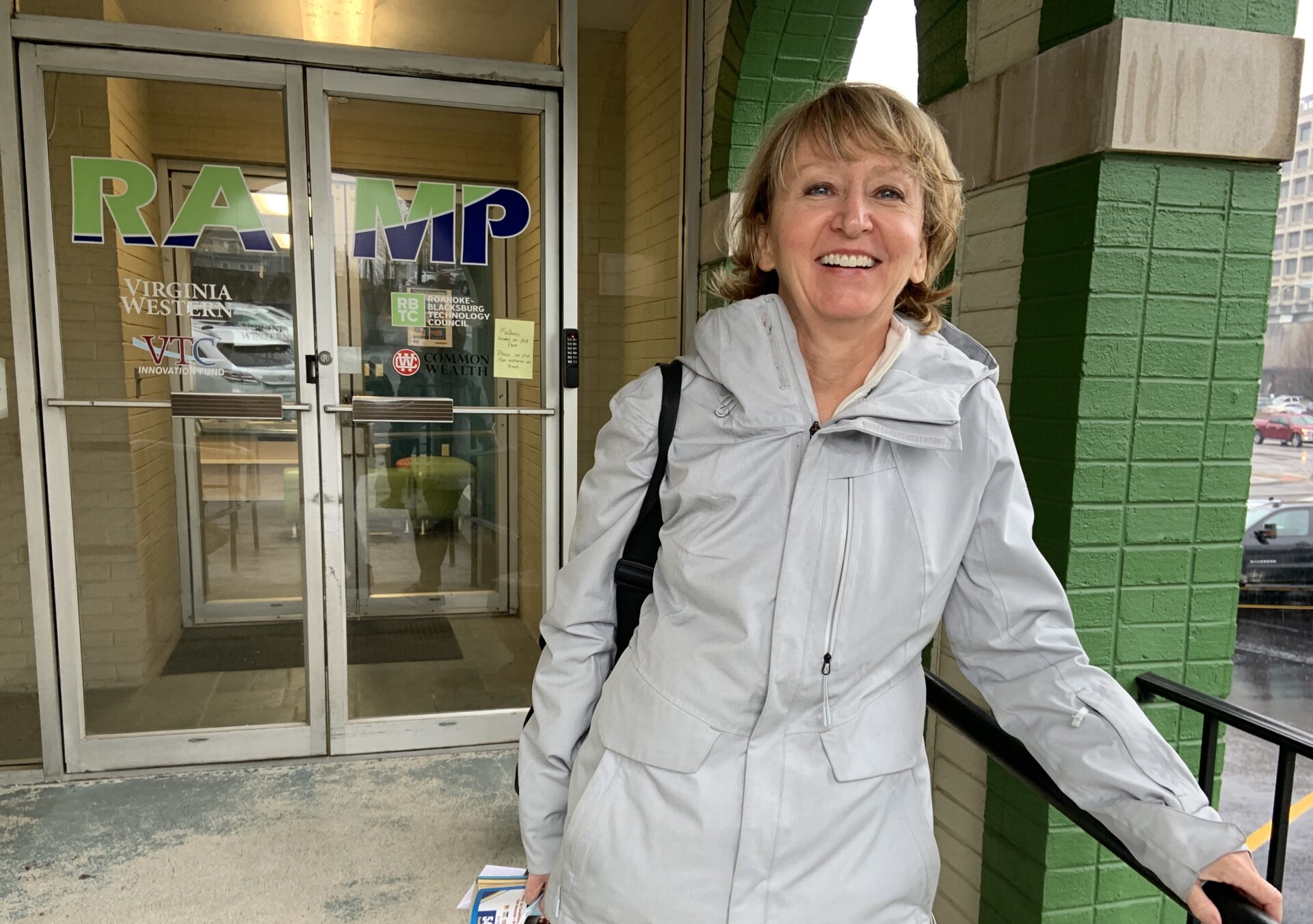 As RAMP prepares to launch its 5th year of cohorts, please join us in thanking Carole Tarrant and the Virginia Western Community College Educational Foundation for their pivotal role in making our program possible.

In 2014, the City of Roanoke announced plans to transform the old Gill Memorial Hospital building on Jefferson Street into an accelerator in partnership with the Roanoke – Blacksburg Technology Council.

What was missing was an entity able to coordinate the renovation and ultimately operate the facility. VWCC president Dr. Robert Sandel stepped up and offered the Foundation and Tarrant, who assembled a mostly volunteer advisory board to guide the process.

“The irony was we were a startup advising startups,” says Tarrant.

While Roanoke already had shared work spaces like CoLab in Grandin Village, it lacked a program that provided curriculum and connections to investment to create an entrepreneurial ecosystem.

Since RAMP’s first cohort in 2017, 24 startups have received acceleration including free office space and high-speed Internet in the Gill Building. Applications are now open through Feb. 15 for the first of two cohorts we’re offering in 2021 thanks to a $982,000 grant from the U.S. Economic Development Administration.

“This whole building just represents entrepreneurship to the community at a lot of different levels,” Tarrant says.

For Tarrant, the work has come full circle as several VWCC graduates now work for RAMP alumni. She looks forward to this year and the promise of a richer relationship between VWCC and the Fralin Biomedical Research Institute at VTC.

“It’s all positioned to just blossom once we can get people back in the building on a regular basis.”